What You Should Know About How You Spend Your Time

Have you ever felt that you were an underachiever? Particularly during these times, when we’ve all been cocooning in our houses, you might emerge thinking what have you really achieved?

I was lying in bed the other night and I was thinking, you are a nobody unless you have been on a journey.

A very well known Irish chef recently said that his recipes had been on several journeys ….really?

And then there is transformation.  I think I’ve had a couple of them over the last week but I’m not entirely sure!  I hope you’ve had at least one this week!

To be honest with you, I’m absolutely exhausted listening to the high achievers.  I bet you all know someone who, after 3 months cocooning, can now speak fluent Chinese or someone who has taken up running, cycling AND swimming and is now ready to do a triathlon!

In prehistoric times, nobody ran over vast terrains or climbed mountains for fun.  They ran because they needed to find food or they were running away from the enemy.  Now, I know a walk or a jog is good for you but I don’t think you are ever going to have to swim the Nile, run over the Rockies or cycle the length of the Amazon anytime in your life.

I read an article by a guy called Stuart Brown, who is a researcher and he spoke about these high achievers and the beauty of doing sweet feck all!  He calls it ‘spending time without purpose’.  Now that’s my kind of time.

In the past, however, the idea of spending time doing nothing would have given me an anxiety attack.  Every minute of every day had to be productive, but not anymore.

Thousands of books have been written about how to have a peaceful life but with all of this ‘upping your game’ ‘taking it to the next level’ ‘transforming yourself’ ‘going on a journey’ ‘being the best version of yourself’ (what’s wrong with me anyway?), you are so exhausted, there is no time to just BE.

I used to go to Italy for a number of years and my neighbour, Nicole, would put his chair out on the balcony every morning.  After a couple of day and being quite intrigued, I said in my best Italian ‘Che fa Nicole?’ which means, ‘What are you doing Nicole?’. And he replied ‘Niente, e dolce fare niente’ which means ‘Nothing, its sweet to do nothing’.

So why not take some to the aspects of the Italian way of living into your life because what’s the alternative?

If you continue to push ourself, you are going to be stressed, fat and unhealthy and if you take the joyful option and take some time out now and again, you will be thin, healthy and much more productive:-)

Take a look at children and how they play – they don’t go outside, play for a bit, come in and say ‘I’ve played enough. I’ve had too much fun and I’m going to stop now!’

Play is not just for kids!  Play is doing things just because they’re fun and not because they’ll help achieve a goal and it’s VITAL to human development. So play can mean snorkelling, scrapbooking or solving crossword puzzles; it’s anything that makes you lose track of time and become totally absorbed in what you are doing. It’s the time to check out, which is vital for our overall wellbeing.

So, quit weighing yourself down with the need for purpose and your fear of feeling unfulfilled at life’s end. Instead of seeking to have it all, seek to feel as if you have it all already. Your life will unfold with more ease, grace and fun.

Here’s some suggestions for how to spend time without purpose: 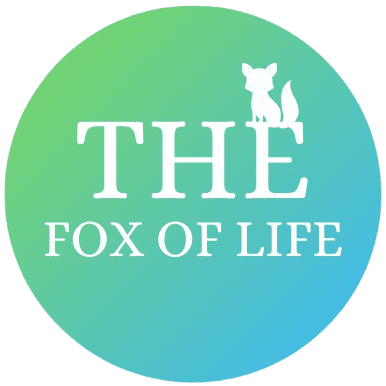 Margot is passionate about helping you to tackle any situation which is not working for you, and help you to change your life. Whether you are looking to become more centred, focused, less stressed, have better relationships, elevate your position in work, I can help you

We use cookies to ensure that we give you the best experience on our website. If you continue to use this site we will assume that you are happy with it.Ok